This page lists all the books I have been reading/listening to with the latest at the top. This is page: 3 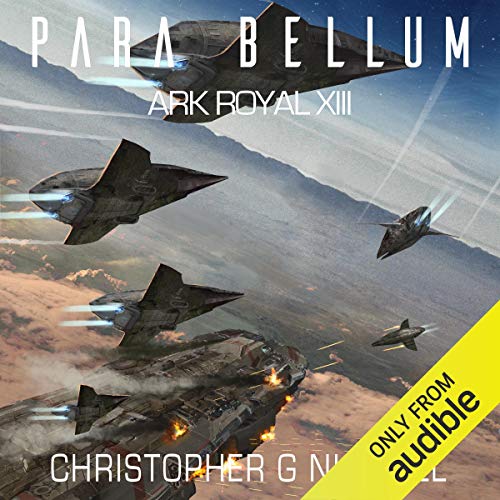 On her last mission, HMS Invincible discovered an alien threat beyond human understanding: a sentient virus that has already absorbed a number of intelligent races into its multitude and now intends to do the same to humanity. Defeat means the end of everything, the end of existence as nothing more than mindless host-bodies, the end of humanity and its alien allies alike. The stakes could not be higher. As a deeply divided humanity struggles to prepare a defense, with enemies inside and outside the human sphere just lurking to strike, Invincible is sent deep into alien space on what should have been a simple reconnaissance mission. But, as Captain Shields and his crew begin their mission, it rapidly becomes clear that a juggernaut is bearing down on Earth.... And, no matter what they do, they may never make it home again. 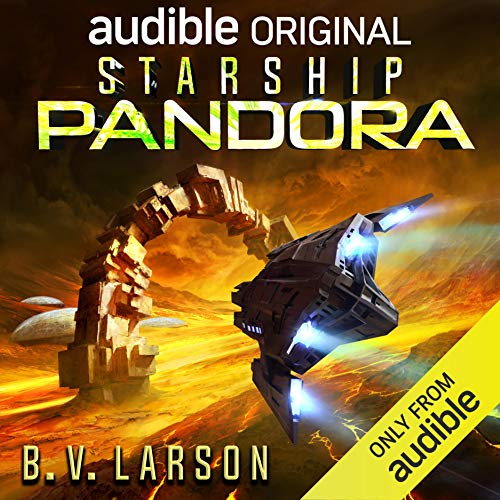 The mysterious alien race known as the Ancients vanished before Earth's last ice age - but not before building interconnected rings that form a highway system across the galaxy. Humanity has used these rings for years but has never figured out how to build its own, or even how to alter the connection pattern. Now, the Imperial starship Pandora is on a mission to discover and explore new interstellar connection points. While on Venus, an unexpected guest arrives - Marvin, a rogue robot who puts his strange mind to work on reconnecting the rings into a new pattern. And everything goes haywire. Grotesque aliens come through the ring and overrun Pandora's base camp. The good news is the aliens can be killed. The bad news is the aliens keep coming, and no one knows how to turn off the ring that leads directly to their home world. And even if the aliens are defeated - there's still Marvin to contend with. 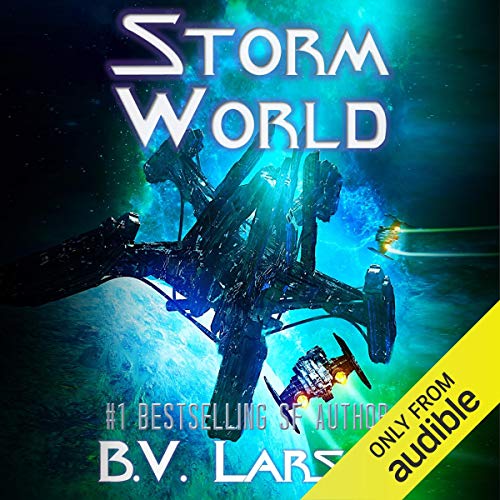 James McGill is sent to the Core Worlds! In an unprecedented first, Earth sends a message to Mogwa Prime. Unfortunately, the messenger is not met with enthusiasm. Misunderstandings soon threaten all of Humanity. Forced to prove Earth can serve the Empire better than any rival, McGill does his best. Eager to prove our worth to the Galactics, the frontier war between Rigel and Earth is expanded to Storm World. Circled by six moons, the planet is ravaged by wild storms and tides. Battles are fought in raging hurricanes, and death stalks the soldiers on both sides. McGill grimly fights and dies in the mud until the job gets done, but will it be enough to satisfy the angry Mogwa?

Fantastic Beasts and Where to Find Them: Read by Eddie Redmayne 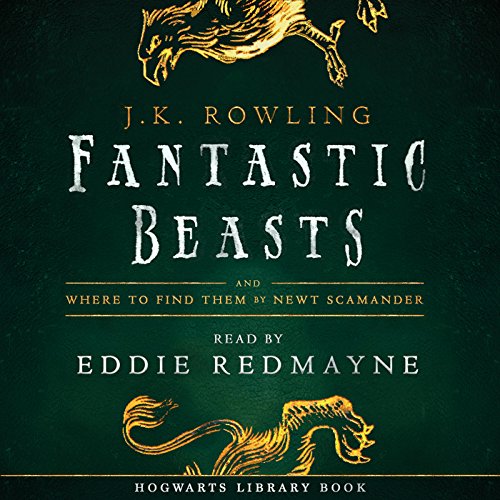 A set textbook at Hogwarts School of Witchcraft and Wizardry since publication, Newt Scamander's masterpiece has entertained wizarding families through the generations. Fantastic Beasts and Where to Find Them is an indispensable introduction to the magical beasts of the wizarding world. Scamander's years of travel and research have created a tome of unparalleled importance. Some of the beasts will be familiar to readers of the Harry Potter books – the Hippogriff, the Basilisk, the Hungarian Horntail... others will surprise even the most ardent amateur Magizoologist. 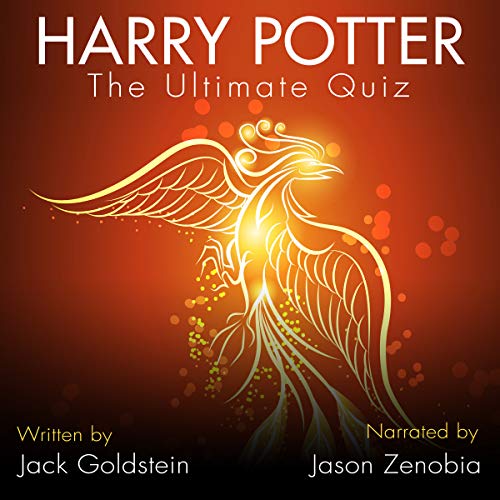 Join quizmaster Jason Zenobia for The Ultimate Harry Potter Quiz and find out who can rightfully wear the crown as the king or queen of Harry Potter knowledge. Perhaps you’ve read the books from cover to cover three times each, or you’ve visited the studio tour every year since it opened...but how much of it all can you remember? Do you know, for instance, which animal each character casts as their Patronus charm? Can you reel off the names of all of the shops in Hogsmeade? What is Mandrake root used for...and which two types of Dragon still roam the British Isles? There are two ways to play this quiz. For the first set of tracks, the quizmaster reads out 10 questions at a time before confirming the 10 correct answers - this is great if you’ve got a pen and paper and want to pit your wits against your friends. Alternatively, if you play the second set of tracks, each question is answered in turn - perfect for a car journey, where the whole family can join in. The quiz covers a range of subjects, from individual characters to themes such as spells and potions or Quidditch. The questions are based on the Harry Potter story as told in the books rather than the films - so remember this before shouting out the first answer that comes into your head! This is the perfect audiobook for any Harry Potter fan. 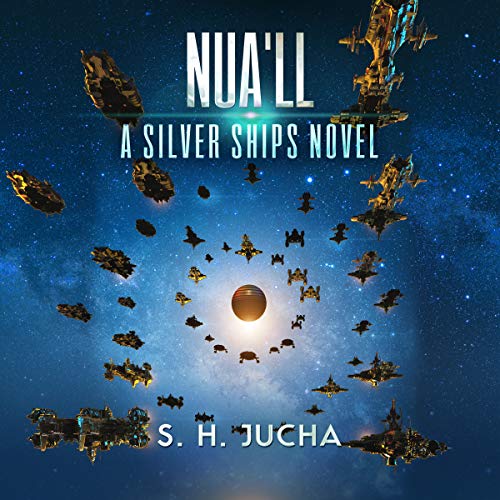 The Omnian expeditionary fleet sails for the faraway place they call "the wall". The worlds of humankind have consolidated their resources to create a powerful armada to confront the alien federation. During the Omnians' previous encounter with an alien fleet at the wall, the Nua'll comm sphere spoke to them in multiple languages. When the messages were deciphered by SADEs, the humans' digital friends, the Omnians realized two things. One, they would face a vast empire composed of hundreds of races, and, two, the Nua'll were not the leaders of the federacy. They had spoken of masters. 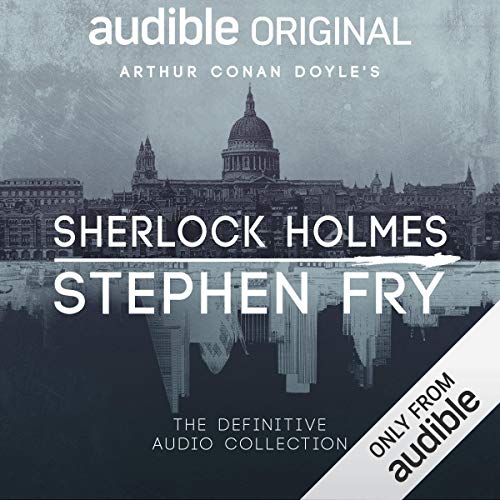 Ever since he made his first appearance in A Study In Scarlet, Sherlock Holmes has enthralled and delighted millions of fans throughout the world. Now Audible is proud to present Arthur Conan Doyle's Sherlock Holmes: The Definitive Collection, read by Stephen Fry. A lifelong fan of Doyle's detective fiction, Fry has narrated the complete works of Sherlock Holmes - four novels and five collections of short stories. And, exclusively for Audible, Stephen has written and narrated nine insightful, intimate and deeply personal introductions to each title. Stephen Fry is an English actor, screenwriter, author, playwright, journalist, comedian, television presenter, film director and all round national treasure. He is the acclaimed narrator of J.K. Rowling's Harry Potter audiobooks and most recently recorded The Tales of Max Carrados for Audible Studios. Stephen has contributed columns and articles to newspapers and magazines, appears frequently on radio and has written four novels and three volumes of autobiography. 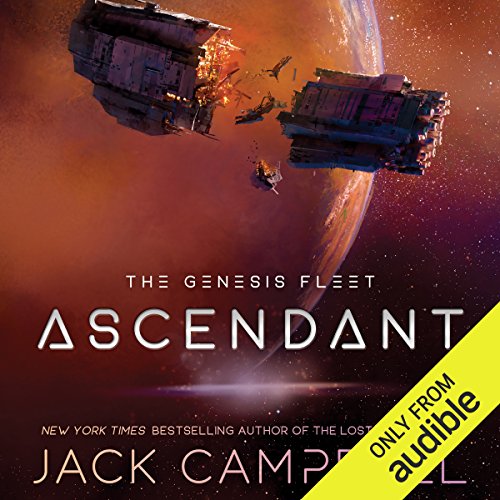 A young fleet officer and a marine stand together to defend their colony in the continuation of the powerful and action-packed Genesis Fleet saga from New York Times best-selling author Jack Campbell. 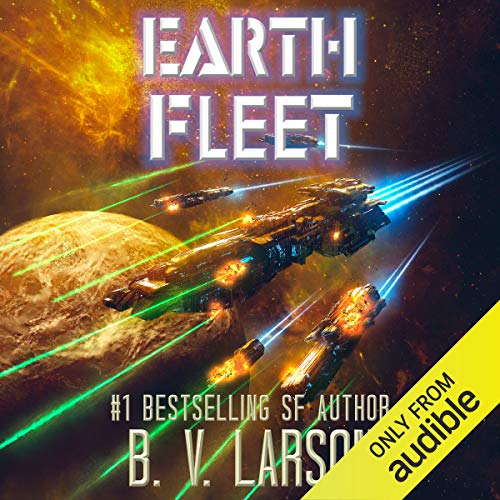 At long last, Earth has a handful of starships. Surrounded by Rebel Kher, Imperials, and the mysterious Nomads, humanity dares to assert our right to independence. 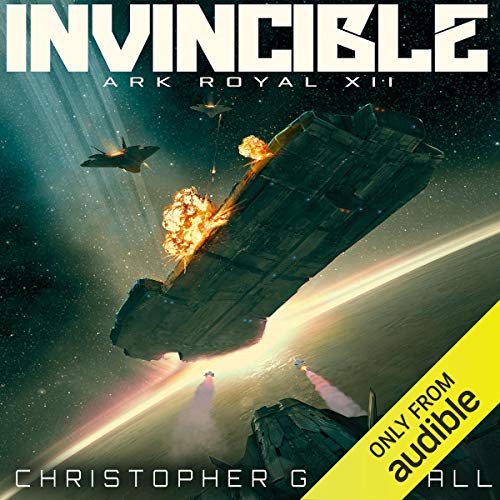 All is not well in the Human Sphere. The alliance between the Great Powers is starting to fall apart, the human economy cannot keep up with the urgent need for newer and better starships, and politicians are demanding an end to military spending. For the Royal Navy, desperately trying to do too many tasks with too few ships, it is the worst possible time for a new threat to appear.